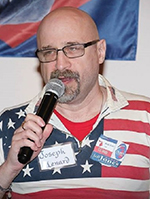 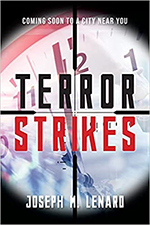 Detroit newspaper man Marten embarks to write Terrorist Tracks, a book about Terrorism. Follow him, his family, friend Nic (FBI), visit Nevada, Illinois, Ontario Canada, London Britain, Madrid Spain, Tokyo Japan, as he researches for his book. This is NOT a book about death, but one about LIFE (and Living) and of those (foreign and domestic) that would deprive others of that Life, Liberty, and Pursuit of Happiness. This book is intended for all audiences - young, old, and everywhere in-between; male, female, not just for macho shoot-em-up, blood and guts, fare; religious, non-religious; political, non-political. However, it is impossible to address the topics and why they want to kill us without delving into some religious texts and politics. The Torah, the Holy Bible, and the Quran, are all addressed. Terror Strikes is not just a book, but a book within a book as the lead, Marten a newspaper man, is writing a book about terrorism. It is also a blog, within a book, as Marten uses his blog as some source material. Terror Strikes not only acts as a history lesson and warning, but concepts of not just those lost but survivors guilt (and the difficult topic of many having suicidal thoughts) and other related issues surrounding violent acts effecting everyday life.

The Line Becomes a River

I met the author at the “NONFICTIONNOW” conference late last year where over 400 non-fiction writers, teachers, and readers from around the world gathered to explore the past, present and future of nonfiction. Cantu was the keynote speaker and was interviewed at the iconic Orpheum Theater in downtown Phoenix.

Listening to Cantú, it became obvious that the border was in the blood: his mother, a park ranger and daughter of a Mexican immigrant, raised him in the scrublands of the Southwest. Driven to understand the hard realities of the landscape he loves, Cantú joined the Border…